In a sport known primarily as an individual sport such as golf, Coach Ie has promoted the concept of team since she was first hired eleven years ago. She believes in it,  supports it, lives it even when some kids and families came into the program trying to fight it, Coach sticks to her guns and hasn’t backed down from keeping the kids committed and supporting each other as a team. The results speak for themselves in the boys program: Six straight WBAL titles (2014-2019), NorCal Championship 2017, 6th place state finish in 2016, 5th place state finish 2017. Coach Ie prepares golfers for the team concept many will see in college of which she’s helped place many at the next level.

She also coaches our girls squad and has coached them to a 2nd place CCS finish in 2018, their strongest finish ever, in addition to a 4th place finish in 2017. In 2018 she coached them to their 1st league title since 2006. I’ve witnessed Coach Ie work with quiet, shy golfers and turn them into confident, respectful young people by getting them out of their shells and supporting each other just like any other team sport. Coach runs the programs as a college coach would, creating a competitive environment daily throughout their practices. That has translated into some success in the girls and boys programs. Coach Ie was also named the California Coaches Association NorCal Boys Golf coach of the year in 2016

MMI Preparatory is a small independent school on the outskirts of a tiny former coal mining town of Freeland in the heart of Northeast Pennsylvania. Needless to say Athletics play an important part to it’s student population of 215.

One of the hidden gems of athletics at MMI is the Golf program headed by Coach Ryan Jastremsky. Competing against schools in our conference 3 and sometimes 4 times our size, Ryan has been able to carve out success for our MMI golfers that rival those of the bigger schools we routinely compete against.

Over the past few seasons through Ryan’s endeavors, our school has seen golfers consistently qualify for district play. 2 Years ago one of our female golfers had the opportunity to qualify for the PIAA State Tournament.

It’s through Ryan’s efforts that makes this possible. He’s able to juggle a full time job and coach having small children at home as well. Cheers to Ryan and all the hard work he puts in on a day to day basis to make golf possible in this small town!

Lindsey Lipinski goes above and beyond the normal expectations of a coach on a regular basis.  Golf at our school has low participation because kids are not able to grow up learning the game.  Before she took over, our team would frequently not be able to field the required number of players in order to have their scores count in matches.  Lindsey doesn’t accept this, and wants the team’s scores to count, so she actively recruits students to fill out the roster by holding meeting and practice sessions to introduce the sport to our school population.  She always gets kids to join the team who have never played golf before, and she is able to instruct them from the very beginning while also really pushing the one or two students on the team who have more extensive experience.

Golf equipment is expensive and very few Springbrook golfers ever come with their own equipment.  Our school has a partnership with a local organization, Leveling the Playing Field, that accepts donations of used sports equipment and gives to to local sports organizations in need.  Lindsey has set up appointments and visited the distribution center multiple times in order to get clubs and bags For all of the kids on her team to have equipment to play with.

She works hard to create a very tight-knit team, promoting them on Twitter and through the school announcements.  In our district of 25 high schools, most teams have parent volunteers who drive the athletes to practices and matches.  Our school doesn’t have as many parents with the flexibility to drive at that time of day, so Lindsey piles up to 4 kids in her small car, along with their golf bags, to transport them to and from the courses.

For all of these reasons, Lindsey Lipinski deserves to be recognized as a giving, caring coach who goes above and beyond for her athletes. Coach Higley goes above and beyond for the students at Eleva-Strum. Although coach has a full time job working for a telecommunications company, he started coaching during the spring of 2013 and has never looked back. His initial motivation to coach was for his son for two years and nephews coaching for 4 years, but it became a passion and motivation to help kids. Over the years, the number of golfers has done gone, but no matter the size of the school or number of kids he coaches kids to really love the sport.

Although it’s not always about winning, some coaching highlights include: Qualified for state in 2015, 2016, 2017 (team runner up) – Matthew Higley (his nephew) – Father and son – Kent Higley won the state 1989 and 1990. In 2013, his first year coaching they got 3rd in section and had an individual Jake Rogness win the state title. Our long time boys golf coach, and former AD here for 43 years, Tom Malin deserves National recognition.  Our boys golf program leads the state with 13 state championships and won again in 2019…sadly no 2020 season here so we could not get number 14.  Coach Malin has been a huge component of East Catholic as a longtime coach, alum of the 1st class, teacher, and athletic administrator.  You can’t mention one without the other really!  He has been a wonderful mentor to the current AD Jon Dahlquist who is in just his 2nd year here. Coach Malin was awarded the National HS Golf Coach of the Year award in 2006 & 2015 from a different group, but the recognition and praise for someone who is 43 years on the job can never get old! 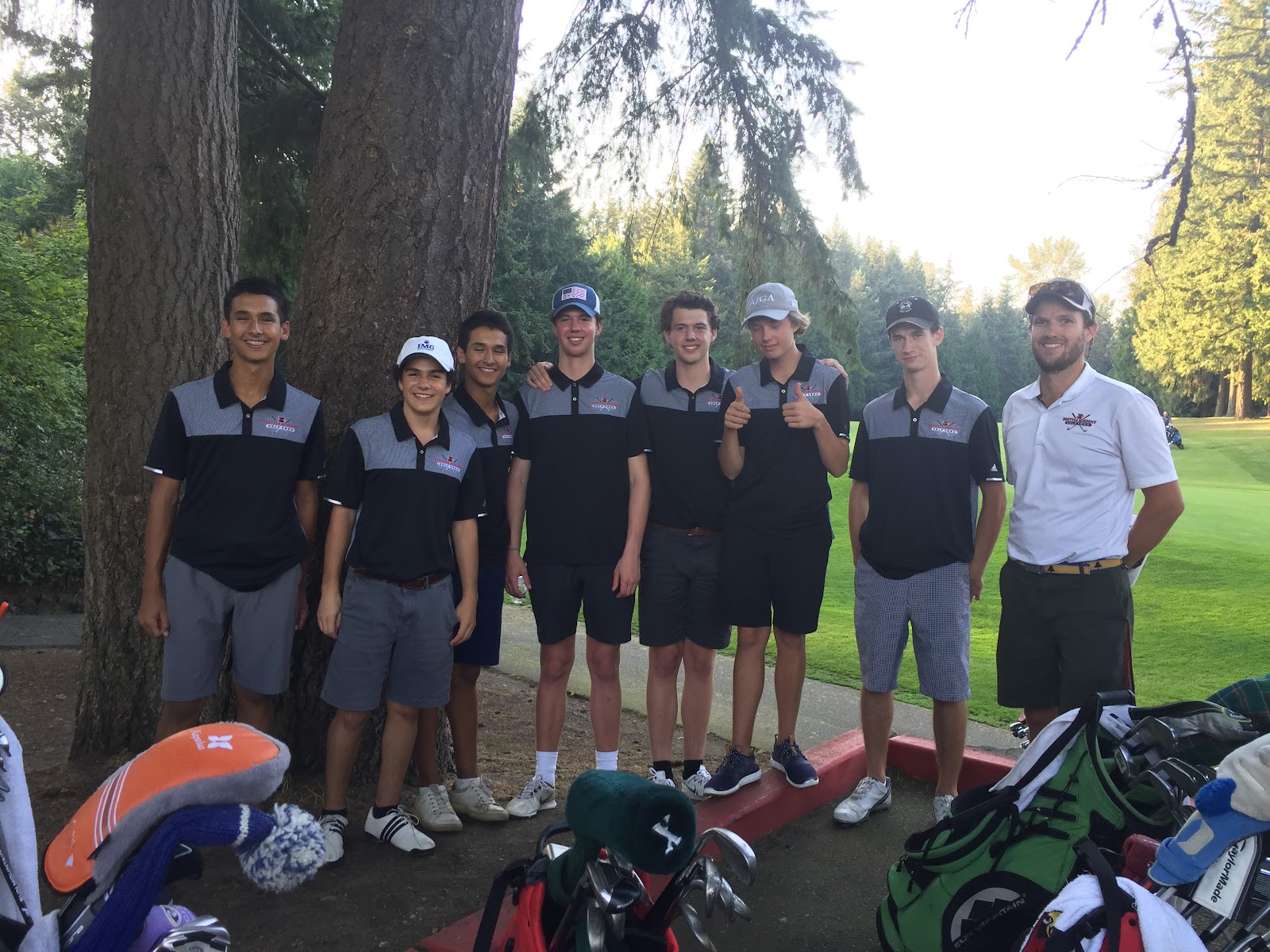 As a Seattle Academy student Freddy Carley – class of 2004 set the school record for the lowest 9-hole round in school history.  Freddy returned to SAAS in 2014 and a year later took over both the boys and girls varsity golf programs and the records and success have continued.

In six years, Freddy has led the boys’ golf team to two league championships (2015, 2019), one bi-district championship (2015) and the team has qualified for the State Tournament all six years, finishing 2nd at State in 2018 and then winning the State Title in 2019.  The boys were poised to defend their State title this spring, before the pandemic hit and cancelled the season.

There are thousands of great high school golf coaches all around the country. If you know about a great coach or great story you wish to share, please email Kris Hart at Kris@highschoolgolf.org so we can make sure to celebrate your story.