High school golf teams are made up of players from different races, cultures, ethnicities and financial or social standing. However, sexual orientation and gender identity are frequently overlooked by coaches and administrators. LGBTQ youth and golfers are present within the game. Coaches don’t always know the best way to address and open up dialogue on having LGBTQ players on their team.  A goal for any coach should be to create a welcoming environment for all players, regardless of their sexual orientation or gender identity. Below are resources to help high school golf coaches create a more inclusive and welcoming environment to LGBTQ golfers.

LGBTQ is an umbrella term that stands for Lesbian, Gay, Bisexual, Transgender, and Queer or (Questioning). LGBT and LGBTQ are acronyms that are continuously evolving to identify and include other members of the LGBTQ community.

Before the start of the golf season, sit your team down for a discussion. The most important point to convey to your team members is that all are welcome on your team. State the fact that regardless of race, background, sexual orientation or gender identity – all are invited to compete. In reaching this goal, the You Can Play Project can serve as a great resource. The You Can Play Project works to ensure the safety and inclusion of all in sports – including LGBTQ athletes, coaches, and fans.

Coaches do not always know how to create welcoming spaces to transgender athletes and golfers. Golf coaches are tasked with inviting and encouraging all athletes to reach their full poential on and off the course.

No two players on your team are alike. The game of golf has an ever-present expectation that the people who play are cis-gender and heterosexual. An example would be asking your boys’ team members if they have a girlfriend or for the girls’ team members if they have a boyfriend. A simple way to create more inclusivity and to avoid team members feeling isolated on your team is to ask if a player of yours has a partner or significant other. Keeping your language non-specific around sexuality or gender identity will allow all of your players to feel that they are valued on the team. 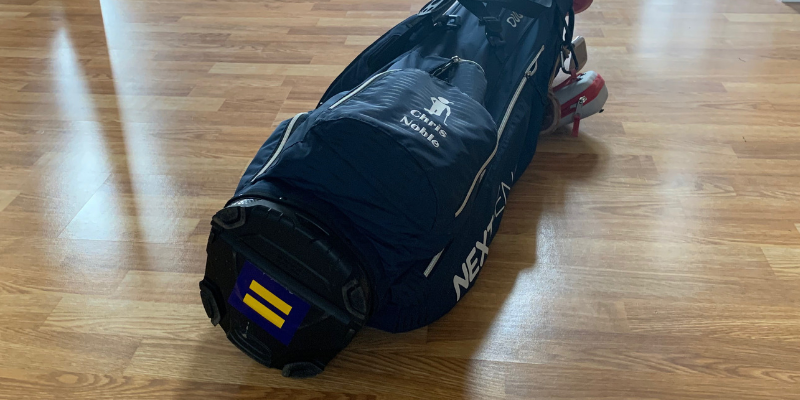 Opening up the conversation

In reality, this topic applies to each and every one of us, we all know someone who is LGBTQ, they just may have not come out yet. Understand that it is ok not to have all the answers when it comes to these issues. Asking your players, “How can we create a more welcoming environment to LGBTQ golfers on our team?” is a great start. Keep this an open dialogue and ongoing conversation with your players and parents. Outsports is a sports news website focusing on LGBT issues and personalities in amateur and professional sports. Junior golfers and coaches alike can read coming out stories of high school, college, and even professional athletes. Transathlete is a resource where golfers, coaches, and parents can find information on trans inclusion in sports at various levels of play.

Realize the influence that you have on all of your golfers and understand how many look up to and respect you. If one of your players comes to you with a question or statement on their sexuality or gender identity, listen. You don’t have to say much, rather, be an outlet for them to speak their mind and reassure them they have your full support no matter what. To be an ally simply means that you support and work toward inclusion for LGBTQ players, coaches or fans.

If you are a coach that wants to learn of ways to create a more inclusive and welcoming environment for LGBTQ golfers, I would be happy to connect with you on ideas: chris@highschoolgolf.org. Together, we can continue to make the game of golf more welcoming to all.